Dr. Moshé Feldenkrais was a Russian-born (1904) Israeli engineer and physicist who studied and worked in Paris until he had to escape to Britain in 1940. He also was a judo black belt and founded the first judo club in France. 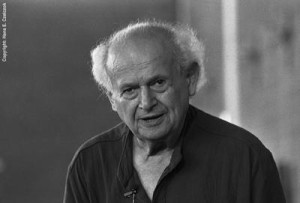 Through playing intensively football in his youth his knee was injured and gave him a lot of trouble. A suggested surgery had at the time only 50% chance of success. Feldenkrais decided to study the mechanics of human movement and teach himself to walk without pain. He found that most people tend to use their bodies inefficiently and often uncomfortably, resulting in long-term problems such as loss of flexibility, bad breathing habits, poor co-ordination and joint or muscular problems.

He concluded that these problems could be avoided or improved by learning how to use the body’s interrelating framework efficiently. Using his diverse background in Martial Arts, engineering and physics he went to study anatomy, physiology, neurology and psychology evolving a method of exploring and improving human functioning. 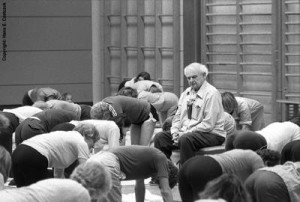